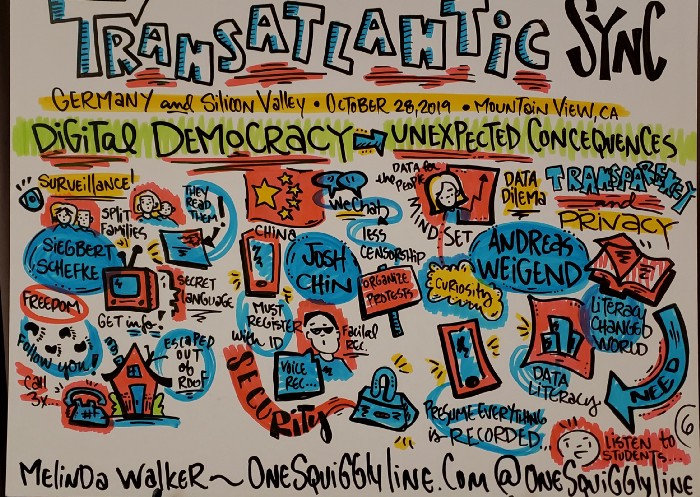 Transatlantic Dialogue on a Digital Future 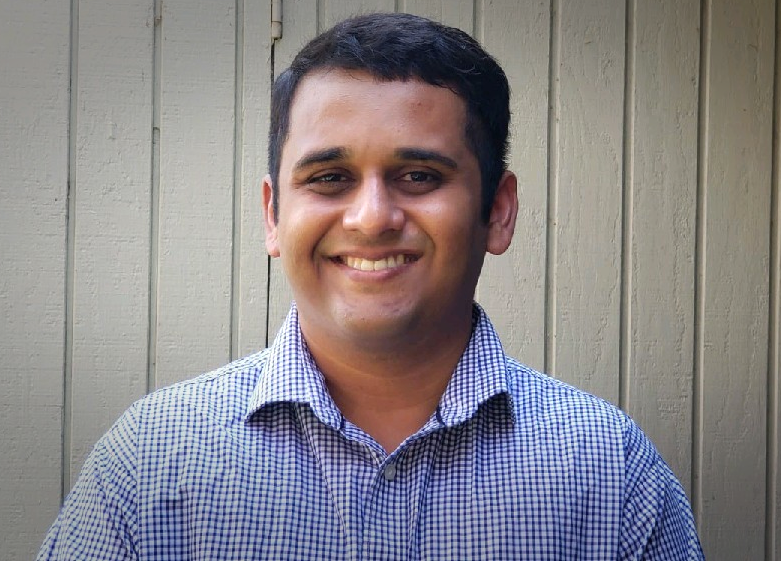 The Transatlantic Sync Conference in Mountain View, California took place this week. The event focused on challenges and opportunities in the age of automation and AI from a German and American perspective. Germany is the most industrialized economy in Europe with a strong automotive industry and significant investments in R&D. It is also the fourth largest economy in the world. The United States is the largest economy in the world. The workforce of both countries faces similar challenges, namely, automation and an aging population. To counter this, they are investing in reskilling/upskilling programs, albeit at different scales. Events such as the Transatlantic Sync form part of a much-needed dialogue between the two world’s biggest economies that may lead to partnerships and solutions to meet the challenges of automation and AI.

Four main topics were covered in the event: the advances and implications of AI, AI’s effect on democracy, AI and the future of work, and AI in digital health. Over the course of keynotes, lightning talks and panels, the presenters explored ways for the US and Germany to collaborate in these four domains and beyond.

Throughout the conference, one theme remained true — AI and automation will affect everyone in one way or another. Irrespective of country or continent, AI will have an impact on everyone’s lives: rendering and quality of services, number of jobs, the type of available healthcare, and so on. The nature of jobs in the future will be fundamentally different than what we have now. For instance, one of the speakers mentioned that in factories of the future we would need people to do less of repetitive and mundane tasks, shifting the focus more on monitoring multiple lines of production, which would require an expertise in control technology and IT.

Many speakers highlighted the need to build technologies that work with humans instead of replacing them. For example, a computer informing a patient of serious illness may be unnecessarily traumatic and even unethical. That is where doctors and nurses would bring in the human touch. Empathy and compassion allow us to relate to other humans. While a machine can mimic the human voice, many aspects of human experience remain firmly outside the reach of AI at this stage.

This current state of AI has two major implications. For job seekers, learning skills that can set you apart from machines becomes crucial. Understanding the needs of other humans and translating it into machine code will be in demand. For entrepreneurs and investors, developing technologies to augment the ability of humans to perform certain tasks, rather than replace them completely, is paramount. The most effective application of AI and automation would be at the intersection of strengths between a human and a machine.

The impact of the internet on democracy was a hotly-debated topic. There was a spirited panel discussion that opened with the question, “Will democracy survive the internet?”. Has the internet truly allowed us to be free? Is it ethical to use technologies like facial recognition to identify people? Data privacy was another contentious issue. How do you protect user data while collecting their data to build solutions to help those users? With the scars from the Cambridge Analytica scandal still fresh in our consciousness, data security and privacy remain highly controversial. These days, almost every data science event touches upon the ethics of data collection and data protection for users. Businesses need to collect data in order to provide services, but they also need to ensure that user data is protected. The need for data collection must be balanced with sufficient data protection.

The General Data Protection Regulation (GDPR) is Europe’s answer to this issue. While it is a step in the right direction, many panelists agreed that more needed to be done.

Data protection is a hard concept to enforce. Most companies will need your data to provide any kind of AI-driven service. They will also need to collect data for a long time to improve their models and provide better value. But sharing of data between companies without consent and selling data without any regard for the consequences is wrong. Trying to influence a customer to buy your product by finding patterns in their preferences and behavior is already happening and will continue to happen, but selling that information to either known or unknown parties without consent should be illegal. Effective laws by tech-aware legislators (remember the Mark Zuckerberg trial) are required to tackle such issues. GDPR is one way to regulate such activities. And whether one likes it or not, GDPR is on its way to becoming the global standard for data protection.

The Transatlantic Sync Conference was an eye-opening experience in many ways. Both the United States and Germany are facing a host of challenges in light of automation. At the same time, both countries have a history of innovation and can leverage their strengths to deal with such challenges.

Finally, a big shout-out to the artist Melinda Walker, who drew summaries of talks they were unfolding! Here are some examples of her art:

How to Thrive in the Future of Work 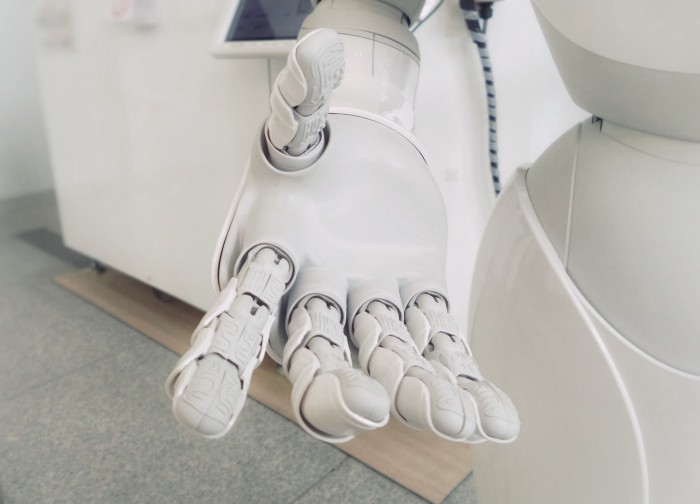