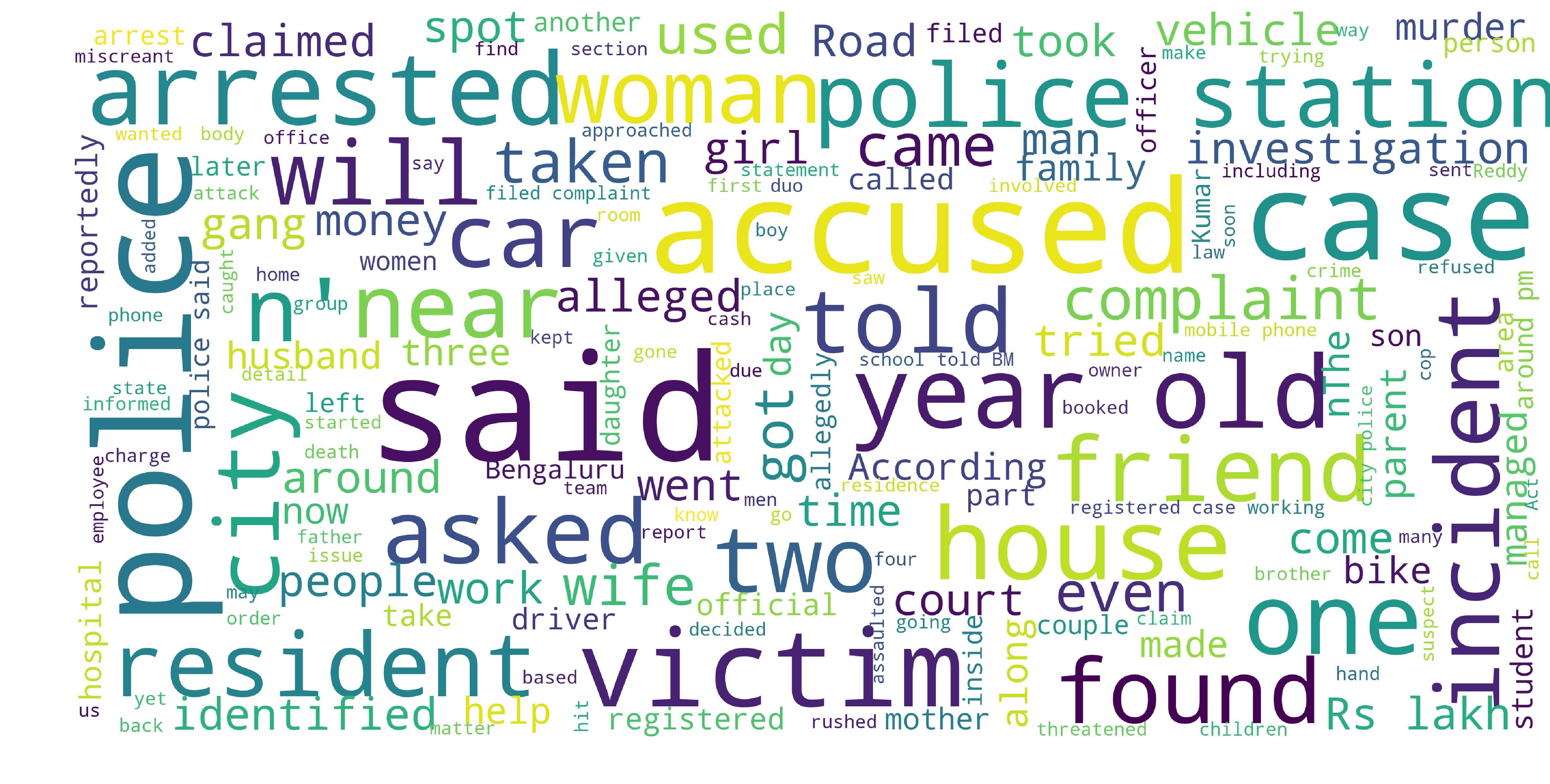 This project deals with data analysis of crime data from Bangalore, Karnataka, India. Bangalore is one of India’s largest cities, it is also known as the Silicon valley of the country. It is a cosmopolitan city with a diverse population of people from all parts of the country.

The dataset contains 2061 articles ranging from 4 years (2016-2019) with 87 articles having no information about publication date. Below is a plot on number of articles per year 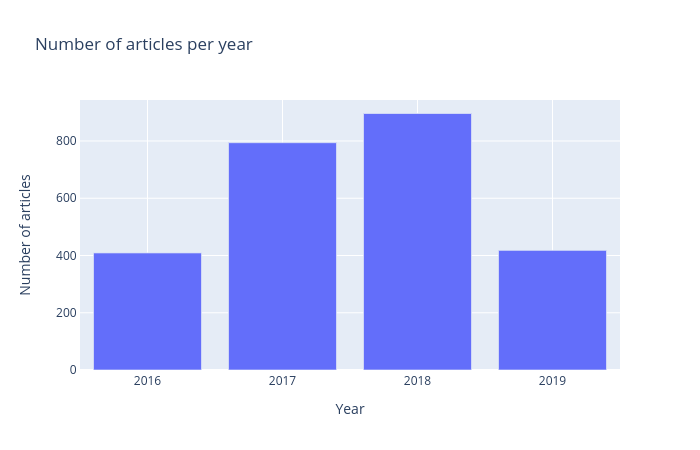 I have also generated a Word Cloud for the dataset

The crimes covered by the articles range from domestic disputes to large scale corruption scandals. Typically, each article contains the police station’s name where a case was registered.